The Genetic Tape
Artist:- David M Allen
THE GENETIC TAPES are literally The First Electronic Records from Martin Rushent's Genetic Studios, a Legendary Studio that produced the the sound of the Human League's DARE album. David M Allen is the Engineer who made several technical breakthroughs whilst working as assistant to the late Martin Rushent. He went to to become a successful producer in his own right making Many Great Records for the Cure and The Mission amongst many others. The Genetic Tapes are a stunning discovery that will help us re-appraise Martins legacy and David's contribution to that important period of musical upheaval in the UK. With Martin Rushent now sadly dead and his groundbreaking studio razed to the ground, this tape still has a brave new world feel to it. From the sparseness of "You and I" to the post-punk disco of "Drowning in the Wave of Dub-Life" and the crazy experiment of "The Passion of Father Bernard". It's the sound of a man making music with long lines of numeric computer code and something that looks like an analogue telephone exchange. Bach struggling with a Babbage computer. 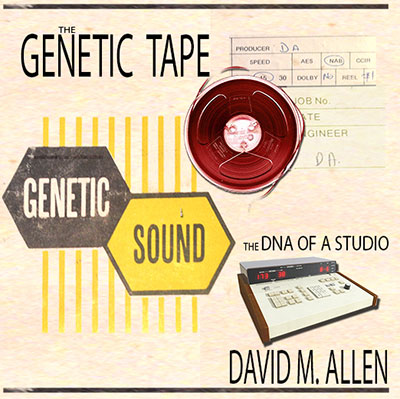 All tracks Written, Produced and programmed by David M. Allen except
3 Produced by Martin Rushent