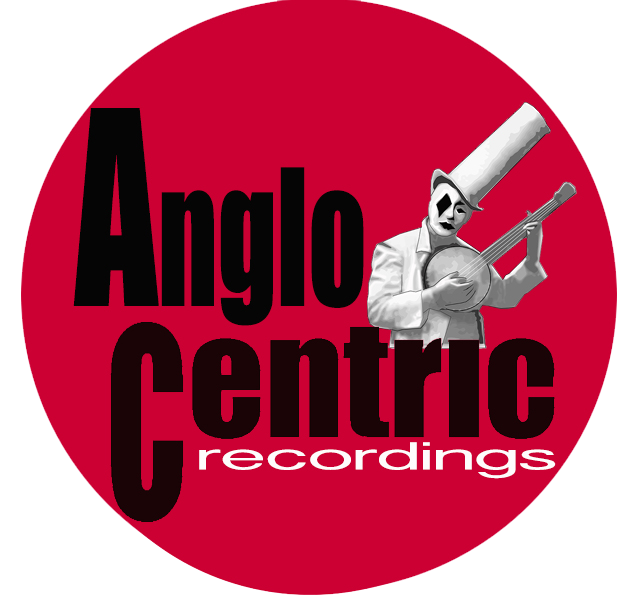 If you like music support it by buying it.

2012.
Album:- InGrrLand. Gold Edition
Artist:- The Members
Featuring 16 songs one hour and four minutes of and different mixes this is the definitive version of InGrrLand A masterpiece and the state of the nation address from the from the members. The album features recordings with the enigmatic Rat Scabies who for three years filled the members drum seatoriginal Members JC Carroll,Chris Payne, Nigel Bennett and Drummer Nick Cash. JC and the boys have recorded some of the best producers in England and this album is no exception it features Cure producer David M Allen and a few surprise guests. It is a testament to The Members longevity resilience and tenacity. The Members are back.

2013.
the Genetic Tape
Artist:- David M Allen
THE GENETIC TAPES are literally The First Electronic Records from Martin Rushent's Genetic Studios, a Legendary Studio that produced the the sound of the Human League's DARE album. David M Allen is the Engineer who made several technical breakthroughs whilst working as assistant to the late Martin Rushent. He went to to become a successful producer in his own right making Many Great Records for the Cure and The Mission amongst many others. The Genetic Tapes are a stunning discovery that will help us re-appraise Martins legacy and David's contribution to that important period of musical upheaval in the UK. With Martin Rushent now sadly dead and his groundbreaking studio razed to the ground, this tape still has a brave new world feel to it. From the sparseness of "You and I" to the post-punk disco of "Drowning in the Wave of Dub-Life" and the crazy experiment of "The Passion of Father Bernard". It's the sound of a man making music with long lines of numeric computer code and something that looks like an analogue telephone exchange. Bach struggling with a Babbage computer.

1979.
EP At The End Of Term
Lovingly restored from a recently discovered lost Master Tape, this is an example of The Members in 1979 at the top of their game. At The End of term was supposed to be the Band's punk follow up to Sound of the Suburbs but because of time restrictions (the record was not finished in time for release at the end of term. It was shelved. Incredibly this record was laguishing in a Surrey garage for 35 years before a chance meeting at a car boot sale brought this gem to light. The other three tracks featured are the earlier versions of tracks featured on the Members Second album . Featuring Nick Tesco, Adrian Lillywhite Nigel Bennett Chris Payne and JC Carroll. They burn with a raw urgency that was not acheived on the early Members recording and are quite simply the best record of that period of The Members.

2012.
Album:- InGrrLand. Standard Edition
Artist:- The Members
This is the fourth Studio Album by the Band. This Features Rat Scabies on Drums on 4 Classic Members Tracks, Rat has been Rocking Live with the Band for 18 Months when this Album was finished. Tho some sessions date back to 2008 when JC Carroll, Nigel Bennett and Nick Cash recorded Some Backing Tracks. The Classic Members format is here Massive anthems Tales of Divorce in North London, Grungey Rock Huge Guitars. This Has everything you expect from an English institution like The Members. JC Carroll Vocals, Guitar, Bass, Keys Chris Payne, Bass, Vocals, Keys, Guitar,Rat Scabies, Drums 2,3,4 & 7 Nick Cash, Drums 1,8,9 & 10 Nigel Bennet Guitar on 3,7,9

2012.
Album:- 21st Century Blues.
Artist:- Jay Cee Carroll
Featuring a cast of Legendary Guitarists from all over the world via Internet collaborations. This is Jay Cee's Follow up to the critically acclaimed "New English Blues Volume 1" JC takes the English Blues Genre and extends it into the 21st Century adding Fat Synth Basses Drum Loops zithers mandolins Rap versions of Folk Songs Punk Blues updates on Spoonfull culminating in the Blues Prog oddyssy the 17 and halve minute "Voodoo Childe Surrey Boy Keytar man" As it says on the Cover this is not an album for Blues Purists. But it is another bold experiment from the Surrey Maverick. Featuring. Wim Wever, Guitars on Tracks 7Gem Watson Guitar Track 1 Michael Giri Drums on Tracks 1 and 3 B Vox on 9 & 10 Chas Holman Vocals and Sax on Track 3 Vocals and Guitar on 11Sophie Patterson Vocals on Track 4 Irada and Esme Isaak Vocals on Track 1 Nick Cash Drums on Tracks 5 and 6 Jerry Millar Drums and Programming on Track 7 Nigel Bennett Guitar on on Tracks 5, 6 and 9 Graham Henderson Organ and Keys on track 4 Chester Kamen on Track 5 Al Howe Guitar on 8 JD Seem .

2010.
Album:- Live in Berlin.
Artist:- The Members
After 30 year the Power of the members live set is undiminished. The Members were always a live band so was time they made a live album
Featuring JC on Guitar and vocals Chris on Bass and Vocals and Nick Cash on drums,this album was Recorde in one Crazy Night in Berlins European Capital of Punk Kreusberg. "Live in Berlin" Catches the all the Classic Members Hits in one Long mosh Pit extravaganza, Suburbs is Here Solitary is here as are Great Versions of Working Girl and the members Version of the Model. Once again Mixed By Dave Allen this album is a must for serious Members Fans. After JC's serious concept albums this album is a definate return to the old School.

2009
Album:- SOLID GOLD HITS.
Artist:- JC Carroll Solid Gold Hits from the internet is exactly that. It is three year since JC's music went online (2006) since then he has clocked up over 150,000 individual plays for his music from people all over the world, from Hip Hoppers, Proggers Punkers to World Music fans. During the Last 3 years JC Carroll has released 5 Albums sold downloads and made new friends all over the world. He has collaborated with an office girl in moscow, a roofer from holland, a railway workers from france, a heating engineer from maryland, a lawyers from florida, a bluesmen from new York, a guitar pickers from the texas, the mississippi delta, surrey, east anglia... the list goes on. Whilst JC's early production is Lo-Fi what shines through is the variety and quality of the songwriting, this album is also available in the us and Canada in CD format..

2009
Single:- International Financial Crisis
Artist:- The Members.
Another Single and another Dave Allen Production this sees Members Nicky Tesco and Chris Payne re-work the 1979 Members Classic Offshore Banking Business into a song that tells the story of the 2009 world-wide financial meltdown.

2009
Album:- The Goldborne Variations.
Artist:- The Children of Seven.
Pink Floyd's Long term bass player and super session man Guy Pratt and guitarists Chester Kamen and Nigel Bennett Joined JC and Drummer Nick Cash in a 15 Minute Jam in a west London Studio. This became the basis of what would become another concept album, crafted over a year in JC's West Byfleet Studio. From its simple acoustic intro through flamenco, pumpin electro, arabic and this album progresses into a full blown Prog Whig out. Featuring guest Vocals of the Members Chris Payne and Florida Based Jennifer Pearl The Golborne Variations is a stunning Piece of Work and was mixed lovingly by Dave Allen on the Connie Plank Krautrock Desk.

2010.
Album:- Live Acoustic trio
Artist:- JC Carroll featuring Tony reeves and Joe Wooley.
This Album is the product of Tony and JC meeting playing and getting on together at Jo Woolleys The Bard Beat and Blues Club in Camden, the combination of Tonys Jazzy and accomplished double bass seemed to gel immediately with JC's Tenor Guitar, Mandola and Accordian. The Set consists of JC's Songs about Love, Life Death Divorce and his intepretation of Folk Music Hall and Traditional Tunes. Outstanding Tracks, Caveman TV Golborne Road and So Many Shades of Blue If you cannot travel to one of JC's acoustic Shows buy this album.

2006
Album:- The Rock is in the Lapt0p
Artist:- JC Carroll
JC's First ever Solo Album recorded on a lapt0p over the period of 6 months in 2006, from the early sessions of the Protopunk MIDLIFECRi5i5 to the Monumental Krautrock Motorik "Into the Ether" it contains a dazzling array of material songs about divorce, death, substance abuse, midlifecrisis, the production is Lo Hi. The Material is Wide and Varied the Songs are Great. Stand out Tracks, King for a Day, Streets of Whitechapel, So Many Shades of Blue and Joy.

2007
Album:- Strangers and Fiction
Artist:- JC Carroll and Various Artists
Strangers and Fiction. Documents a year of recording projects with complete strangers met on the internet with the Exception of tracks recorded in London With Nick Cash and Cheyne Pride. This Album contains songs in Russian French and american and was recorded on PC's in Moscow, Paris , the netherlands, Florida, Mitchigan, Mississippi London Ispswich Pittsburg Manchester and Surrey, This is a True World Music recording project. Standout Tracks. "Gimme the Truth", Cheyne Prides "Bad Girl" and Xenias extraordinary Russian "Sea Lullaby".

2008
Album:- New English Blues Volume 1
Artist:- JC Carroll and Guests
Having mastered the recording process this album sees JC's motoring. A Lovingly crafted concept album that starts with the Dapper Kinksian "New English Blues Part 1" and ends up in an Explosive stoneesque "I aint working' for the man no more." This album also contains the BBC radio Hit "Caveman TV" a Song best described as the Waterboys meet Hawkweed, a summer festival anthem. Bowie Floyd and The Stooges are all referenced on this album. Guest Guitarist, Mark Cloutier, Nigel Bennett, Nigel Potter Al Howe and Mississippi Spud all add sparkle to this accomplished album.